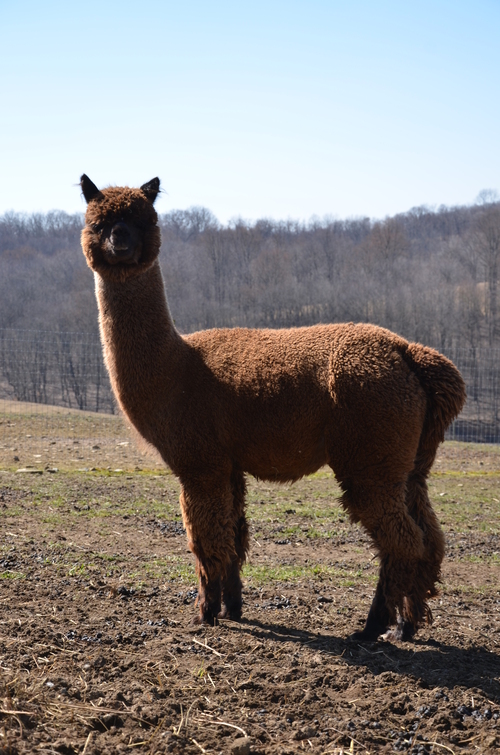 Ask a question
Details
If you are looking for that distinctive full Peruvian black huacaya female with strong black and grey genetics… look no further! MFI Peruvian Procriatia will fill that space! We purchased Procriatia at her mothers side at the 2011 Priority Auction. We were very impressed with her then, as we are today. Her mother delivered a full sister to her last summer and we decided we would give someone else the opportunity to add Procriatia to their program! Procriatia is a striking dark female with an incredibly soft fleece with wonderful definition, brightness and staple length and coverage. Her sire, MFI Peruvian Lethal Weapon, is the true black multi-champion half Accoyo son of 6Peruvian Accoyo Titan, known for producing top blacks and greys across the map! Her blue ribbon Dam, MFI Prom Queen, is ranked at the top of our foundation black Female program with fleece qualities normally seen in lights. Procriatia, with her strong black and grey pedigree combined with her solid conformation and superb fleece qualities make her nearly irresistible! Are you paying attention to all of this??? Procriatia is ready to breed, we chose to sell her with a complimentary breeding to any West Penn Alpacas Herdsire of your choice rather than to make the decision for you! 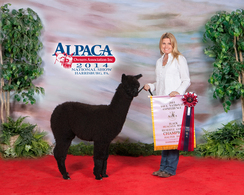 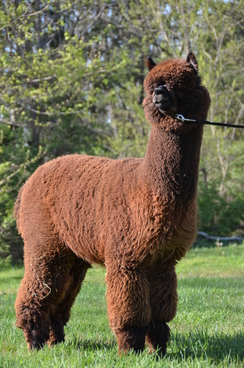 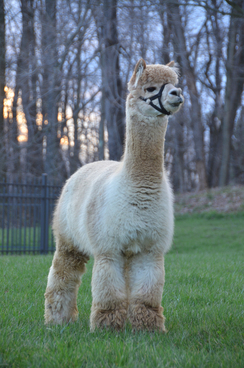 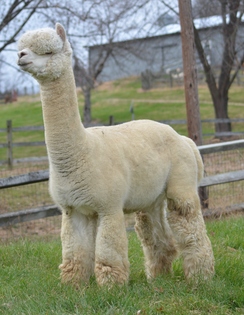